It was time to start the construction of the walls. Since I was planning a sideways bed in the back, I had to pay attention to the final remaining space. The Ducato is 200cm (78″) between the outside panels, I didn’t want to loose much space.
For the lower parts, around the wheel arch, this wasn’t an issue.
I removed the small supporting piece of steel to get a flat surface on the upper part. Since I wanted still some minimal level of insulation (It will be the bed area) I covered it with 10mm Xtrem. This also prevented the panel from rattling and gave it some level of protection and stiffness. On top of the Xtrem I glued a 3mm thick PVC panel. This acts as a protection, and will evenly distribute any punch loads. (I didn’t want the thin panels left alone, very likely to make small dents in it)
The final panel is covered with 4way stretch lining carpet to give it a nice finish.

The lower parts are filled with some remaining pieces of PIR insulation to cover the big parts, everything else was finished with sheep woll as insulation. When needed, I also installed the wiring, before covering it with a final sheet of plywood.

On the wheel arches, I used Armaflex to insulate those, build a frame using some slats, filled it with sheep woll and covered it with plywood.

In the back, I also made a small closet where the gas bottle will be installed. This one has been properly sealed using glue to prevent gas leakage. It also has a vent in the floor for any leaking gas.

In the front, where the old steel bulkhead used to be, I installed a new frame. This will be the new separation between the cabin and the living space. It is installed about 10cm more to the back, to cover for the curve the old bulkhead had (In order to fit the backrest of the seats). 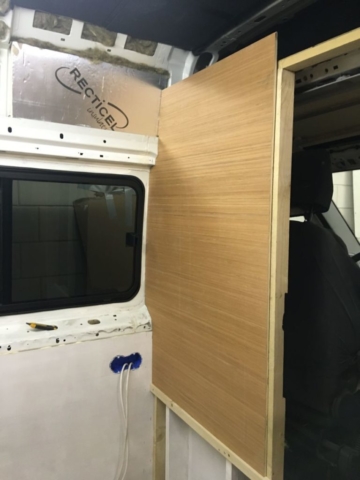 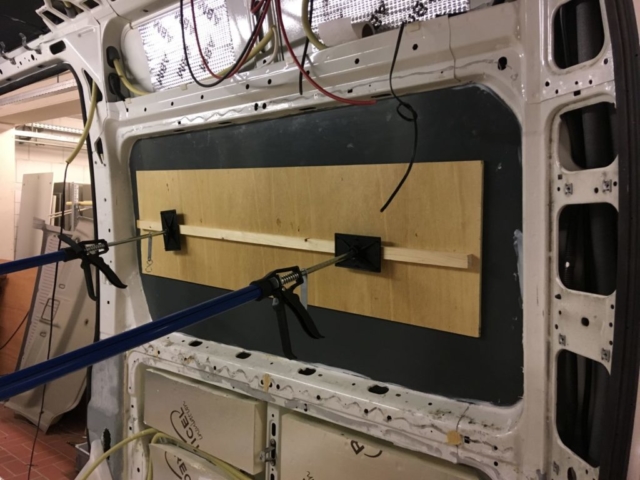 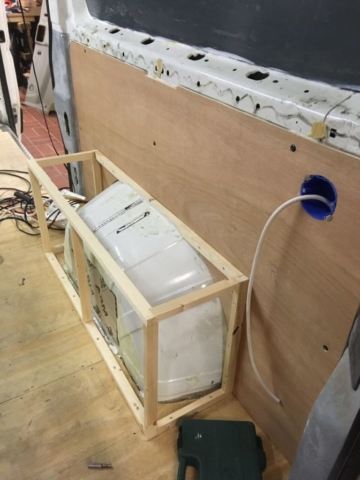 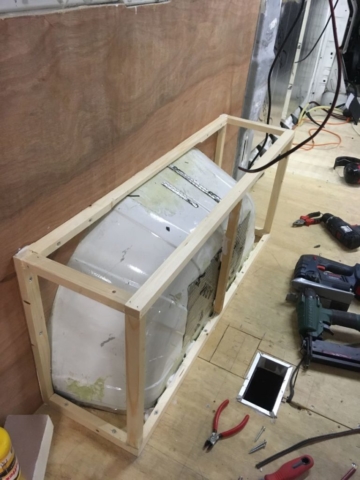 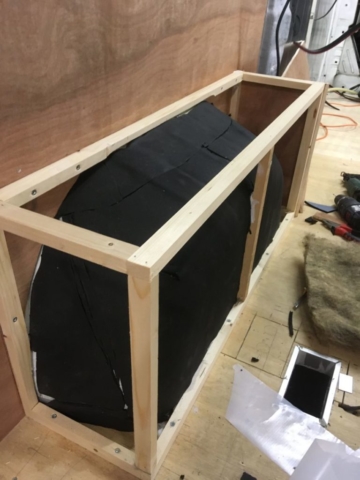 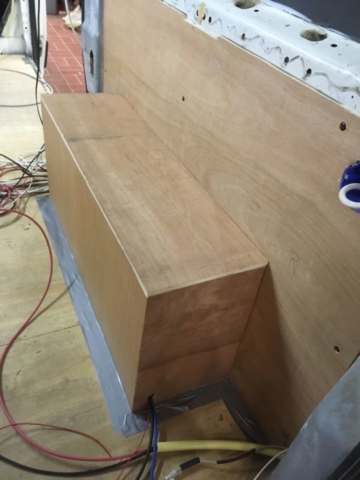 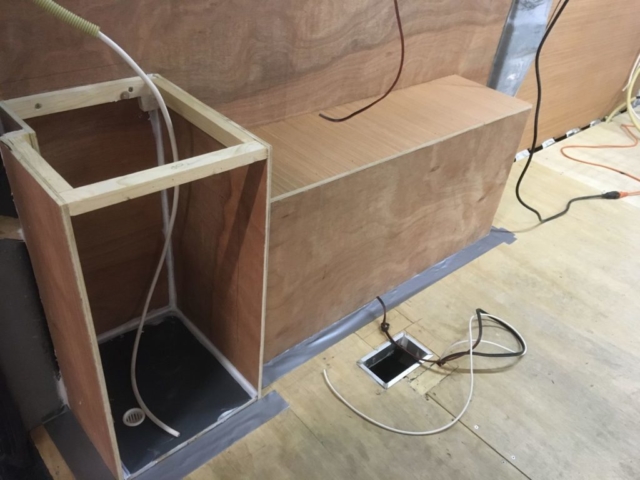 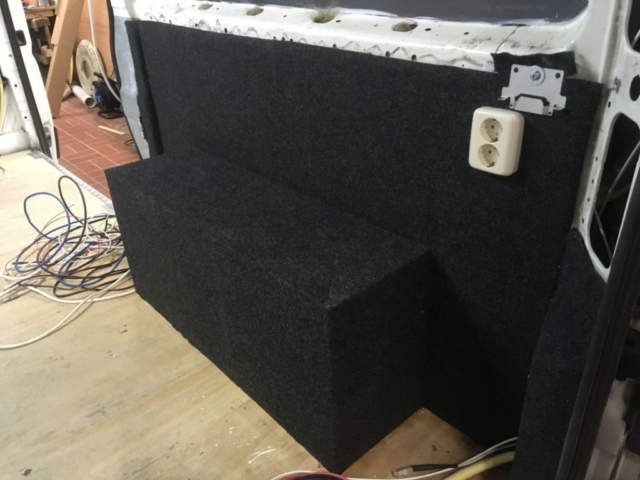 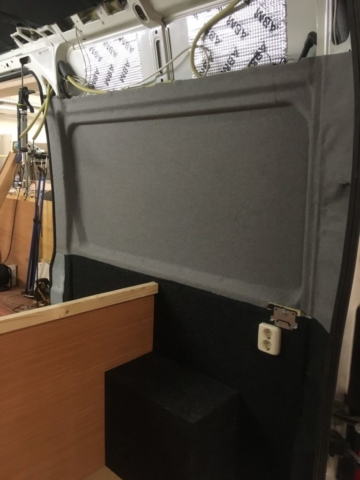 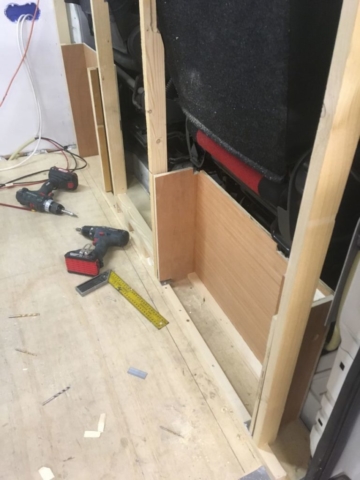 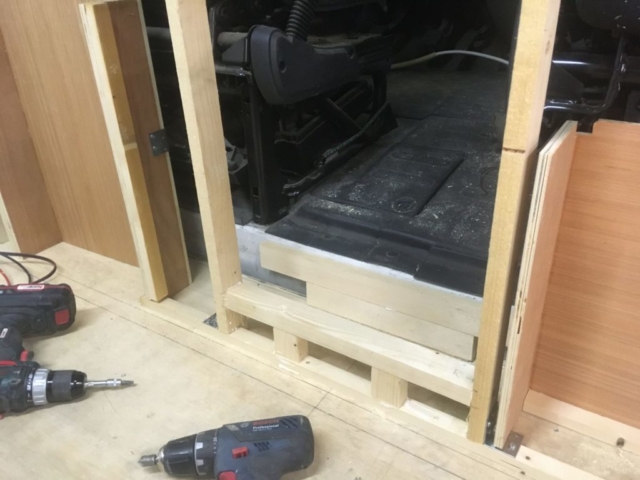