Once the floor was finished I started working on the roof and ceiling.

The holes were already cut, now it was time to install the vent (Fiamma Vent 40) in the front, and the Maxxfan in the back. Also, I had to drill a hole for the cables of the solar panel, install it’s cover and install the panel.

I’ve measured the layout and made sure I (just) had enough room for everything: The solar panel fits perfectly between both holes.

For the vent and the fan, I first had to made a support bracket on the inside. Used Polymer adhesive to mount this. On the outside, I made small pieces of an old Trespa board to cover the roof, making it a rather flat surface so I could fix the fan/vent.

On the inside, I have glued small slats of pine. This will support the final ceiling, so I installed them from left to right, each approx 30cm apart, so the final ceiling has plenty of support.
However, since the van is slightly curved, this job was taking some time. I had to cut each slat with a jigsaw for about 80%, repeating each 2cm, in order to make the wood easier to bend and follow the curves of the van. So.. with 8 pieces, 40 cuts each or so..
Created a small ‘tool’ from my jigsaw so I just could slide it in to get all incisions.

For the solar panel, I used a regular panel. They are much cheaper, and the long-term reliability of flexible panels is questionable. (Lots of people are reporting issues after a few years). On the roof, I glued 6 support brackets for the panels using Sikaflex 552AT.
I didn’t use screws. The Sikaflex has massive strenght, so no need for screws and/or take the risk of potential leaks.
I didn’t doubt the Sikaflex, if anything, it would be the paint. So I made sure everything was cleaned properly, used primer, and to be on the safe side, I sanded the paint on some small spots so the Sikaflex would stick to the bare metal (This was only done on the inside, the brackets had plenty of surface, so I made sure there was at least 1 cm additional adhesive with paint, didnt want to expose the bare metal to the elements off course.

Both the vent and the fan are glued with 1 layer of Polymer on the inner side (this is strong stuff), and 1 stripe of Dekaseal 1512 on the outside, making it waterproof. So even if the Dekaseal somehow fails, there is still an additional layer preventing water to come in.

Also glued the cable entry to the roof. This could fit right underneath the solar panel, so highly unlikely any water could come in!

Once everything was installed on the roof, I finished the inside of the ceiling, yet again using PIR plates. Since the ceiling was slightly over 2cm in thickness, I covered the PIR plates with 9mm Armaflex for additional insulation and to equalize the height to the support beams om the van.

Also installed the wiring for the Maxxfan and the ceiling spots in the ceiling, before finishing the upper layer with the Armaflex. 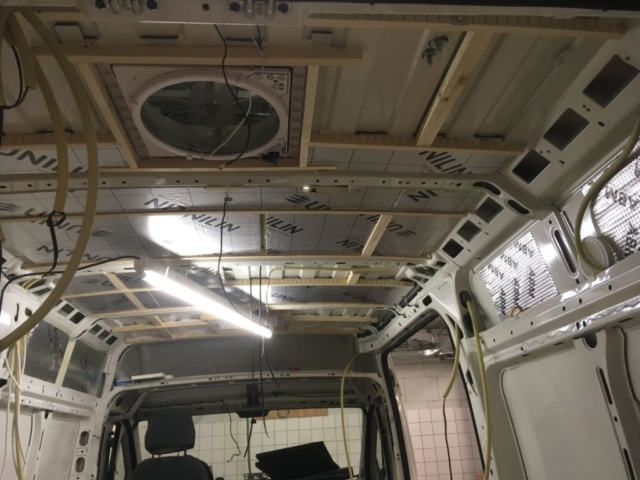 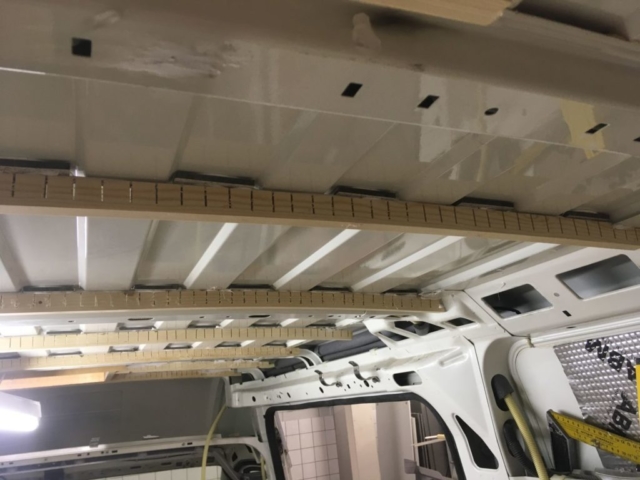 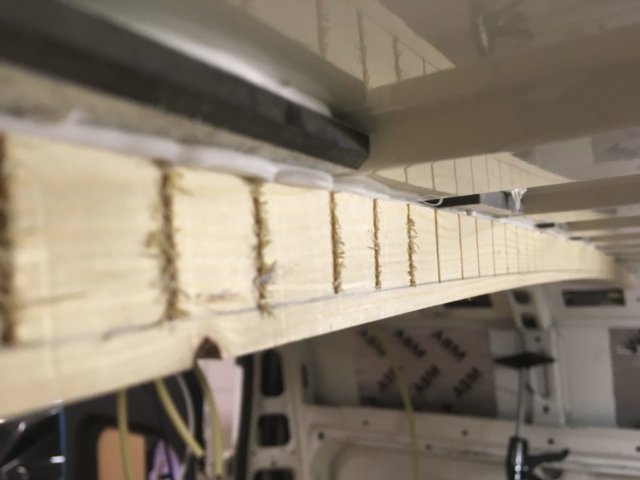 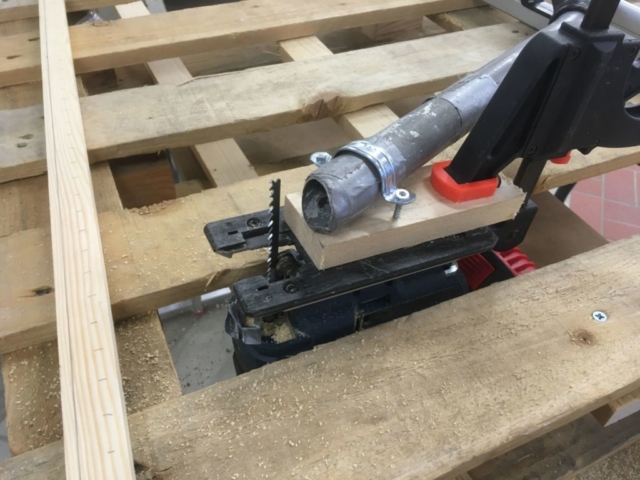 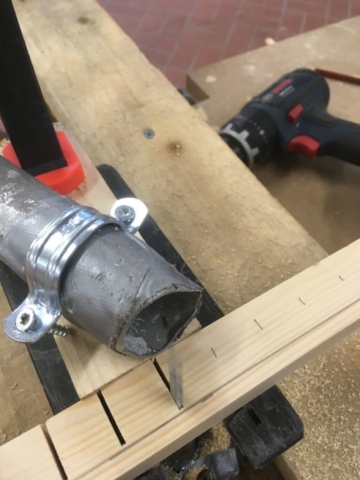 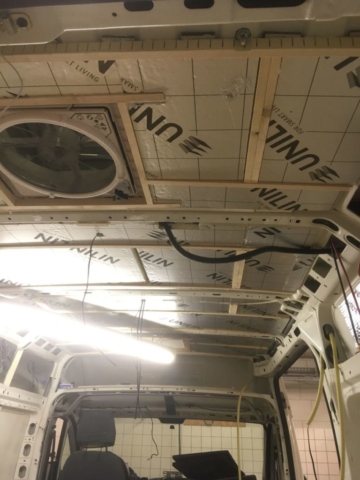 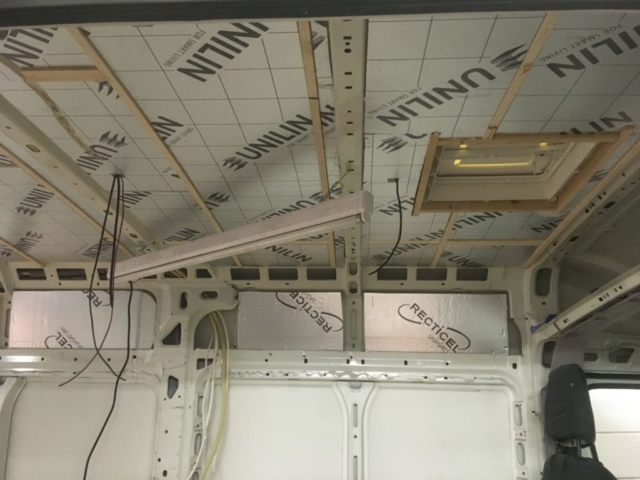 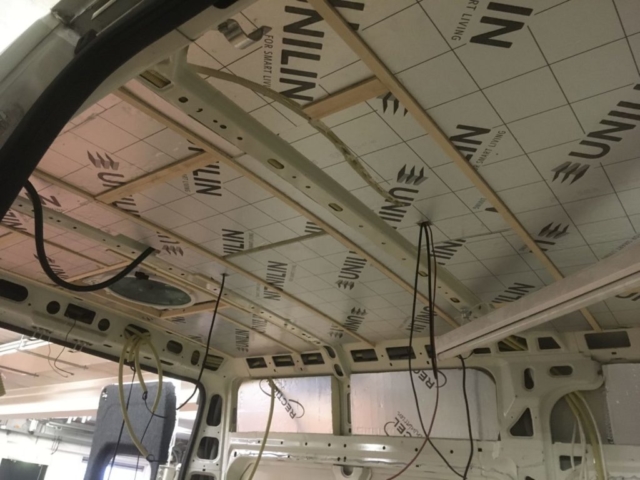 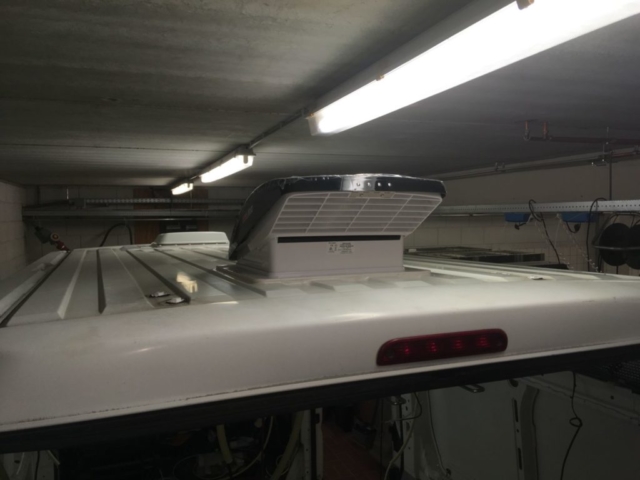 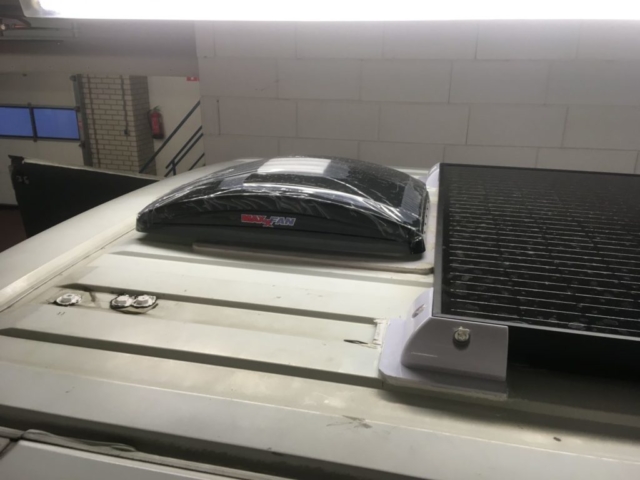 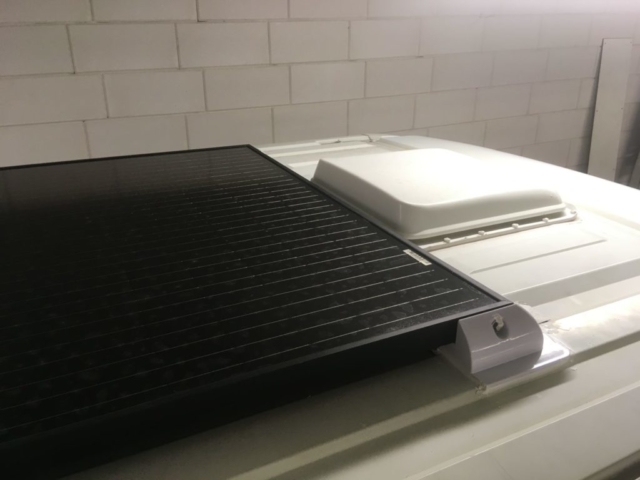