On the outside of the van, I needed an electrical hookup.

Most campervans in Europe use a 16A CEE plug, but I didn’t like those (too big)

Since I was planning on installing solar and a DC charger (using the alternator to charge the leisure battery) it was likely I wasn’t going to use it frequently, so I wanted something less visible, smaller, and it would save me cutting another hole in the van.

I decided to go for a DEFA connector. Lesser know in the Netherlands, but more common in eg Scandinavia, where it’s frequently used for eg engine heaters during wintertime.
Smaller (very small compared to the CEE plug), but still suitable for automotive usage, and rated for 16A current. It is also used on service vans, but not so much on campervans.

I bought a set (Cable and connector). Pretty expensive, although I found a nice deal online from someone in Lithuania.

I found some available space behind the fuel cover where I could fit it. When using the cable, the fuel cover has to remain (partially) open, but as stated, I’m not likely to use it frequently, so it will do the job. And it’s small and stealth 🙂 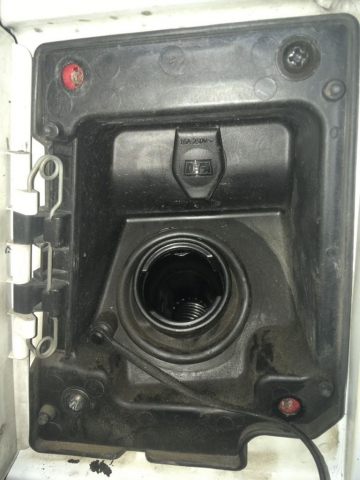 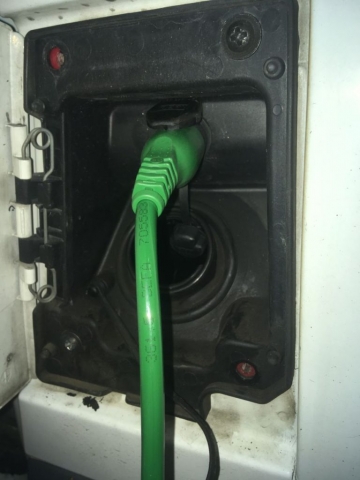 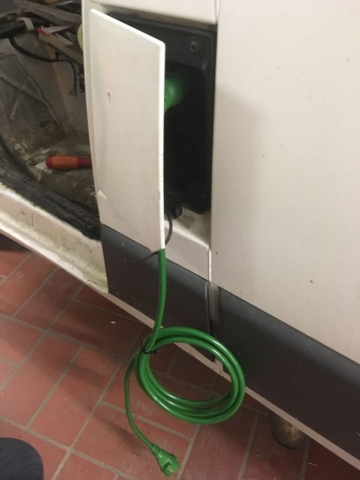 Once that was installed, I had to check the rail of the sliding door. On these vans, this is a known issue: The sliding rail is made from RVS, while the van is metal (painted). Water will stay between those, causing rust. Since the nuts from the rail are on the inside of the van, it’s hard to reach once the build is done.
I’ve removed the rail, and surely, there was some rust. So I cleaned it, repainted it with anti-rust (Hammerite). I also added a slice of rubber, so there is a rubber gasket between the rail and the chassis. Not likely there will be any water soon.
For the rubber part, I bought a cheap bike tyre, which I cut open and made a nice strip of it. 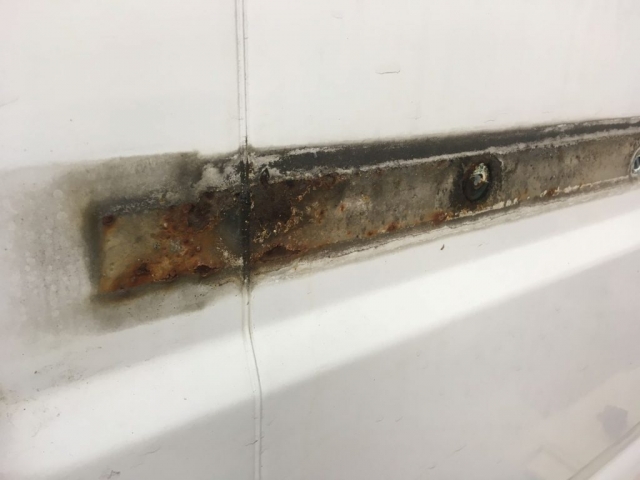 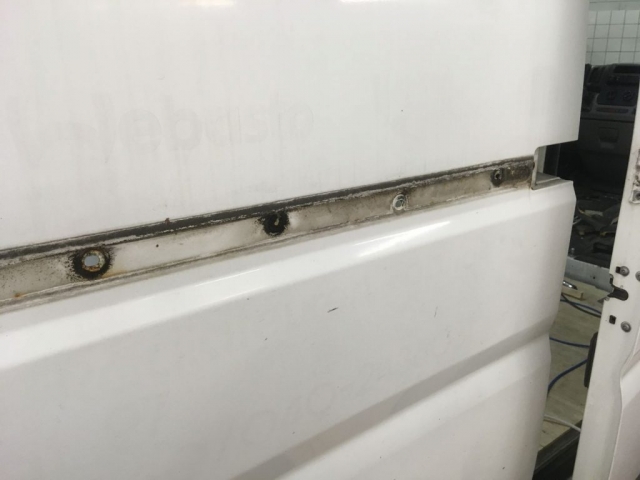 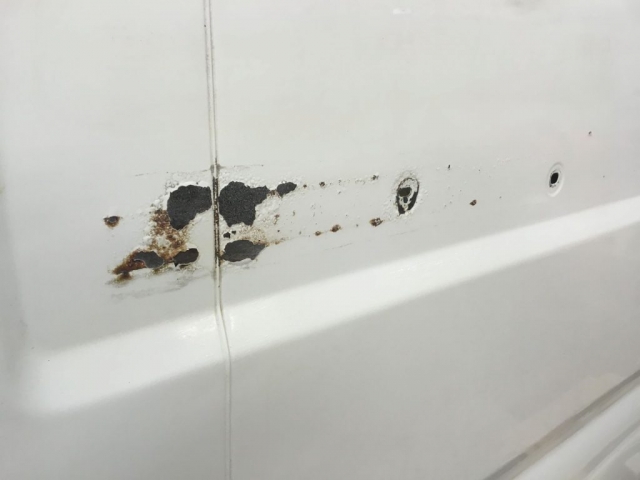 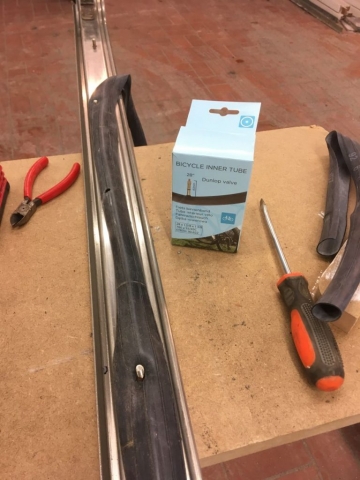 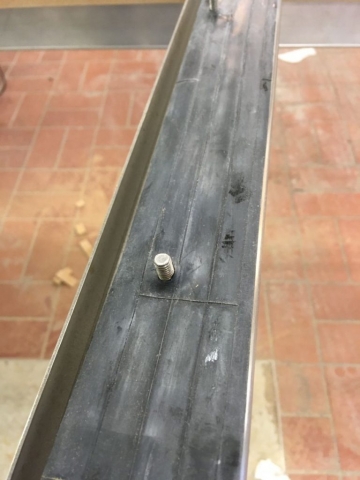